“You have got another blockbuster”, a man tells an employee of the Van Gogh Museum. He is referring to the new show Munch: Van Gogh, which opens next Friday. And he’s probably right: the exhibition will attract large crowds to the museum. And quite rightly so.

“Where can I find The Scream?” is a frequently asked question in the Van Gogh Museum. The public apparently thinks that the iconic painting fits there. And that’s not very strange, because the Norwegian Edvard Munch (1863-1944) and the Dutchman Vincent van Gogh (1853-1890) have been uttered in the same breath for more than a hundred years. They were soul mates, although they never met. In Amsterdam (and earlier in the Munch Museum in Oslo), they have finally been brought together.

There are some striking parallels between the two artists. They both started their careers in 1880. Munch was seventeen and Van Gogh ten years older. Both injured their selves at some point in their lives. It is a well-known fact that Van Gogh in 1888 cut off a part of his ear after a quarrel with his friend Paul Gauguin. Fourteen years later Munch shot him self in the hand. In this case a problematic relationship (with Tulla Larsen) was also the reason for the self-inflicted injury. And both painters spent some time in a psychiatric institution. 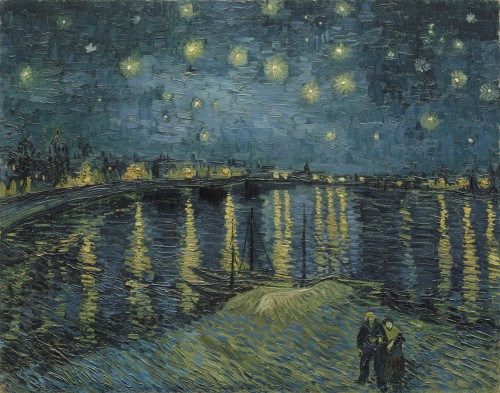 It should therefore be hardly surprising that emotions play an important role in both their work. Fear, human suffering, consolation, hope and love are recurring themes. And are the subjects of some of their most important paintings, such as Starry Night, The Scream, Madonna and The Sick Child (Munch) and Augustine Roulin (La Berceuse), Wheatfield under thunderclouds and Garden of the Asylum (Van Gogh).

Two artists who in so many things are similar, múst be compared. And the Van Gogh Museum does so on a large scale, in a very attractive and also overwhelming exhibition. Works with similar themes hang side by side. The combinations are beautiful and sometimes surprising. The colours of Van Gogh’s The yellow house and Munch’s Red Virginia Creeper fit perfectly together. And the two starry nights, “the stars of the exhibition”, according to museum director Axel Rüger, sparkle brightly.

But to many the real star will be The Scream (yes, of course it is present this time). It is shown next to Van Gogh’s The Bridge at Trinquetaille. Not only the themes (respectively fear and suffering) are similar, but also – quite unexpectedly – the compositions. In both works the lonely main character stands on a bridge, which leaves the image oblique.

Van Gogh did not know his Norwegian colleague, but Munch knew very well who the Dutchman was and he even admired him. “During his short life, Van Gogh did not allow his flame to go out – fire and embers were his brushes”, he once said about him. In some paintings, Van Gogh’s influence is clearly visible. For example, in Rue Lafayette, perhaps the most beautiful Munch in the show. It is painted in the same kind of streaky pointillism that Van Gogh also used to employ. It is on show next to Van Gogh’s View from Theo’s apartment, which is created in a similar style. 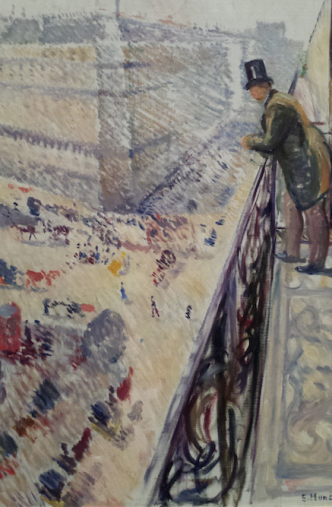 The exhibition – made in collaboration with the Munch Museum in Oslo – is a perfect addition to the international Van Gogh year, which commemorates the death of Vincent van Gogh, 125 years ago. Theme throughout the year is 125 years of inspiration. Van Gogh inspired and still inspires people, like Edvard Munch. The similarities and differences between the work of Munch and van Gogh are clearly visible in this great overview of magnificent pieces. 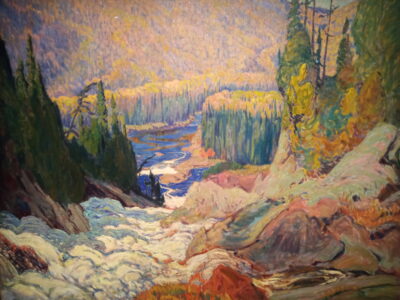 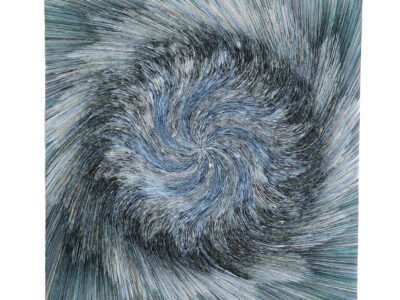 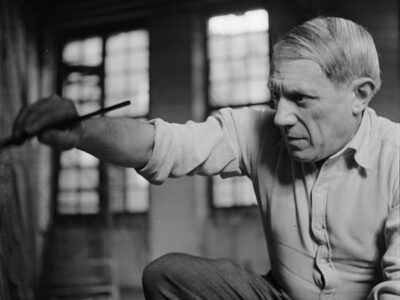 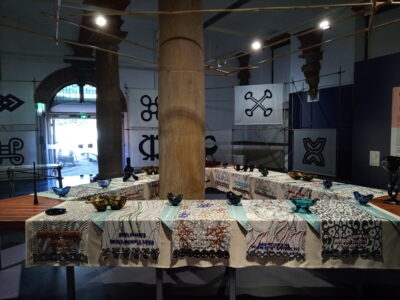 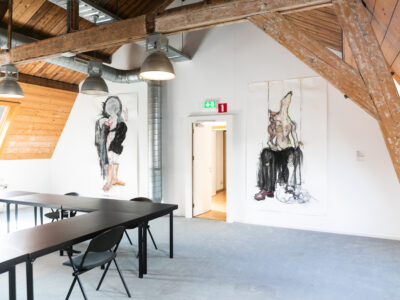 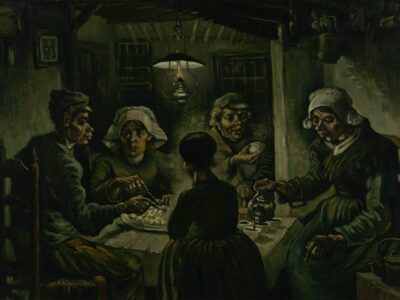